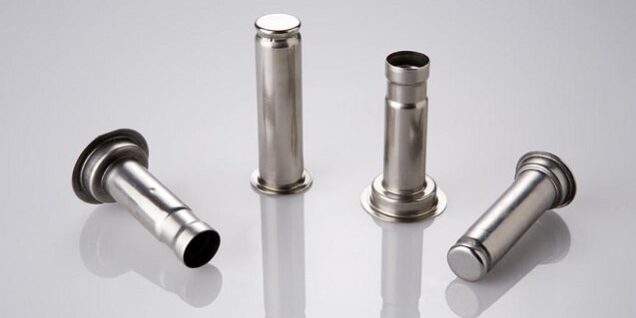 These movements must be precisely aligned because the parts are still attached to the metal strip. The final station separates the newly fabricated part from the rest of the metal. Progressive die stamping is ideal for long runs because the die can be used for long periods of time without damage and the process is highly repeatable.

Each step in the process performs a different cutting, bending or stamping operation on the metal to gradually achieve the desired final product shape and design, increasing efficiency and reducing scrap.

Transfer die stamping is similar to progressive die stamping, but the part is separated from the metal trip early in the process and transferred from one stamping station to the next by another mechanical transport system such as a conveyor belt, this process is often used for comparison Processing of large parts needs to be transferred to different presses for processing.

Four-slide stamping, also known as multi-slide or four-way stamping, is more suitable for machining parts with complex bends and twists. It uses four slide tools instead of a vertical slide to shape the workpiece through multiple deformations . Two slides or slides strike the workpiece horizontally to shape it, and no die is used. Multi-slide stamping can also have more than four moving slides.

Four-slide stamping is a very versatile type of stamping because different tools can be mounted on each slide. It also has a relatively low cost and is produced quickly.

Fine blanking, also known as fine blanking, is valuable for providing high precision and smooth edges. Usually done on a hydraulic or mechanical press, or by a combination of the two, the fineblanking operation consists of three distinct movements:

Fineblanking presses operate at higher pressures than those used in traditional stamping operations, so tools and machinery need to be designed with these higher operating pressures in mind.

The edge produced by fine blanking avoids breakage with conventional tools, and the surface flatness may exceed that of other stamping methods. Since it is a cold extrusion technique, fine blanking is a single-step process, reducing the overall cost of manufacture.