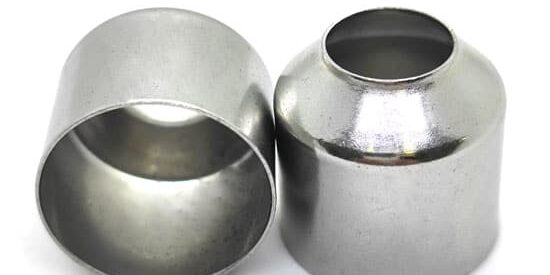 Forming principle of stamping parts: Stamping is the forming process of workpieces (stamping parts) of the required shape and size by applying external force to sheets, strips, pipes and profiles, etc. by means of presses and dies to cause them to plastically deform or separate. method.

Process classification: Stamping is mainly classified by process, which can be divided into two categories: separation process and forming process.

Separation process (blanking process): The purpose is to separate the stamping parts from the sheet along a certain contour line, while ensuring the quality requirements of the separated section. Separation process: blanking (blanking, punching), shearing, notching, trimming, sectioning.

The deformation process of the sheet during blanking

When the die gap is normal, the blanking process of metal materials can be divided into three stages:

The sheet is deformed by elastic compression, bending and stretching. When the material is subjected to external force, it deforms or changes in size, and the deformation that can be recovered is called elastic deformation.

The stress of the sheet reaches the yield limit, and the sheet begins to undergo plastic shear deformation. It refers to the part of the deformation of the material that is produced under the action of external force and cannot be recovered after the external force is removed.

After punching, the section of the sheet is divided into four parts

Forming process: It is to plastically deform the sheet without damage to make a workpiece of the required shape and size.

The structural dimensions of the blanking parts (such as hole diameter, hole spacing, etc.) must consider the thickness of the material.

The distance between the holes and the edges of the blanking parts should not be too small.

Bending is a stamping process that uses a material to produce plastic deformation to form an angular shape. Bending can be done on Outon presses with dies, or it can be done on dedicated bending machines or bending equipment.

The bending process is to use the V-shaped bending die to press the mold structure diagram of the V-shaped part. The punch 1 and the punch 2 are basically the same as the inner and outer contours of the curved workpiece. When the punch is pushed down by an external force (if the force machine slider moves), the sheet placed between the punch and the punch is bent into a shape. required artifact.

Bending can be divided into free bending and correction bending. The difference is that free bending means that when the punch, sheet and die are completely fitted, they will no longer be pressed down; while correction bending is smearing on the basis of free bending. Press down to make the workpiece undergo a one-step plastic deformation to reduce the springback of the bending part.

1) According to the change of wall thickness:

2) According to the shape of the blank used:

4) Changes in each part of the blank during the drawing process:

We employ documented procedures for every step in the manufacturing process from initial program launch through steady-state production in order to ensure consistent performance. We engineer our processes to produce the desired results, monitor those results, and use what we learn to regularly refine our processes as part of our commitment to continuous process and efficiency improvement.

Many of our customers have been with us for 5-8 years or more. Year after year, they experience zero late deliveries and zero returns.