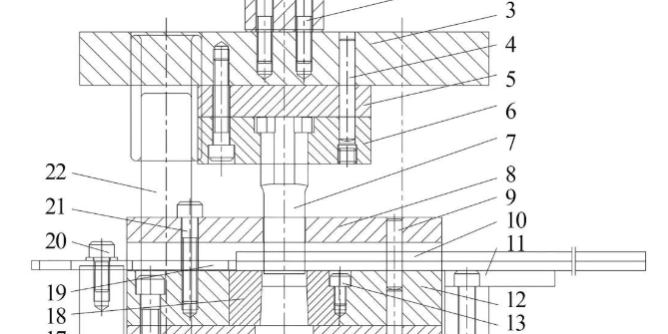 Figure 1 shows the parts formed by 304 stainless steel. The monthly output of a single piece is about 300 pieces, and the material thickness is 12.0 mm and 6.0 mm respectively. The dimensions of the part can be obtained by machining and stamping. After communicating with the customer, the length of the part is realized by cutting off the shearing plate. Due to the material and thickness of the plate, the two oblong holes are cut black or blue after laser cutting. , and there are small residues locally, which affects the post-processing of the parts and has potential safety hazards. It is recommended that the section retain the original color.

Fig.2 Deformation process of material under the action of punch

The original production process of the parts is in the form of machining. The working process: preparing the material to be processed, clamping the material, milling, loosening the fixture, shifting the workpiece, re-clamping the material, milling, loosening the fixture, unloading the workpiece, deburring . In the original production process, when a suitable milling cutter is used, it takes 12 to 15 minutes to process a hole on a stainless steel plate of t=6.0 mm, that is, it takes 0.4 to 0.5 h to process a part in Figure 1(c); processing t=12.0 It takes 25~30 min for a hole on a mm stainless steel plate, that is, it takes 0.8~1.0 h to process a part shown in Figure 1(a) or Figure 1(b); then superimpose the actual processing conditions, such as the milling cutter material , knife damage, amount of sharpening, number of spare knives, etc., you need to extend the working hours. The original machining process plan is planned to be upgraded to a laser cutting process plan. After trial cutting and sample delivery, it is reported that the cross section has color difference and oxidation residue and is not accepted, so the laser cutting process plan will not be considered. After a comprehensive analysis of the original machining process, monthly output, input cost required for batch processing and other factors, according to the material characteristics, different thickness specifications, the quick-release common mold method is used for stamping forming. With the support of the existing demand, both Give full play to the controllable investment, reflect the economy and rationality of stamping processing, and better meet the quality requirements of customers. It is an alternative process for production.

Figure 4 shows the structure of the quick-release die. Considering the change of plate thickness and the general reliability of unloading, the die adopts rigid unloading when stamping flat stainless steel. When trying to punch different types of stainless steel angle steel samples, due to factors such as the shape and space of the workpiece, an elastic unloading structure (ie, a polyurethane envelope punch) is used, and the working conditions are different. When the quick-release insert 18 adopts normal bilateral clearance (according to the recommended table of commonly used stainless steel blanking clearances, that is, for type I, press (5%~8%) t, type II press (8%~11%) t, and type III press (11%) %~15%) t value, here take the larger value of class III, i.e. 14% t), the workpiece sticks to the punch after stamping, as shown in Figure 5, the bright area of ​​the workpiece is large and uneven, although it has been reserved 6 mm urethane preload, but still can’t unload the workpiece effectively. After using coolant lubrication in the stamping process, the stamping conditions are improved, but the unloading defect rate reaches 80% to 90%. When the quick-release insert 18 adopts a large bilateral gap, as shown in Table 1, the stainless steel angle steel discharges better, but the fracture zone of the workpiece and the waste material increases significantly, and the fracture angle of the section (β in Figure 3) increases significantly. When the stamping process is supplemented with coolant, the elastic discharge of the die remains smooth during rapid and continuous stamping (that is, when the stamping frequency is increased by 40% to 50%).

Figure 5. The effect of each section of workpiece and scrap punched with normal clearance (t=6.0 mm)

Mould loading process: Assemble the punching equipment according to the die clamping specification, loosen the screw 21, remove the fixed stripper 8, loosen the screw 13 of the quick release insert 18, and replace it with a quick release that matches the thickness of the material Inserts 18 (sequentially use normal bilateral gaps, and then use super-large bilateral gaps, the following is similar); then tighten the screws 13 in sequence, move back to the fixed stripper 8, and the screws 21. As the upper slider goes down, the upper die part goes down under the driving of the upper slider.

Die stamping process: As the upper die continues to descend, the punch 7 passes through the rigid fixed stripper 8 to the upper surface of the stamping part 10 . Due to different material characteristics and thicknesses, the stamping process is significantly different. Through stamping verification (taking t=12.0 mm as an example), two kinds of gaps and three kinds of pressure equipment were used to stamp and compare the samples.
The first working condition:

The second working condition: Except for the use of 800 kN or 1 100 kN press instead of hydraulic press, the other verification conditions and methods are the same. Because the press has continuous inertia of mechanical motion, the pause interval of punch 7 on the surface of the material is shorter than that when the hydraulic press is used. , the sound is crisper and the vibration is bigger. For the same type of stamping equipment, because the punching force of the 800 kN press is only 10%~15% larger than the theoretical punching force, from the perspective of the punching process, the 1 100 kN press saves labor and tremors than the 800 kN press.

Fig. 6 The effect of each section of the workpiece and scrap punched with super-large clearance (t=12.0 mm)

What are the materials of metal parts

According to the impact of different working conditions such as punch material characteristics and working face on stamping, the stamping effect comparison of TD coating on punch working face was carried out. It has been verified that in the normal frequency stamping of ultra-thick stainless steel plates, when the quick-release inserts use normal clearance, the same material, and no coolant, the working efficiency of the punch for TD coating treatment (refers to the working part of the punch. During the period from the second sharpening to the next sharpening period, the number of punches carried out by the qualified punching burr of the workpiece) is slightly longer, and the failure mode of the punch is shown in Figure 7. According to on-site statistics, when the number of stamping times does not exceed 20~30 times, the punch shoulder is broken; when the quick-release inserts are made of super-large gap, the same material, and the working condition of coolant, the working efficiency period of the punch for TD coating treatment It is more than twice as long as without treatment, and punches and quick-release inserts punched more than 200 times are still better.

From the verification of stamping ultra-thick stainless steel, regardless of factors such as coating thickness and uniformity, the stability and durability of punch materials are DC53, D2, and Cr12MoV from high to low. From the working conditions of quick-release inserts: the difference between the actual use effect of the working edge with coating and without coating is small; for the same material, the actual working effect of using a large gap is better than that of using a normal gap; for different materials, the punch The stamping stability and durability of the material are DC53 and Cr12MoV from high to low.