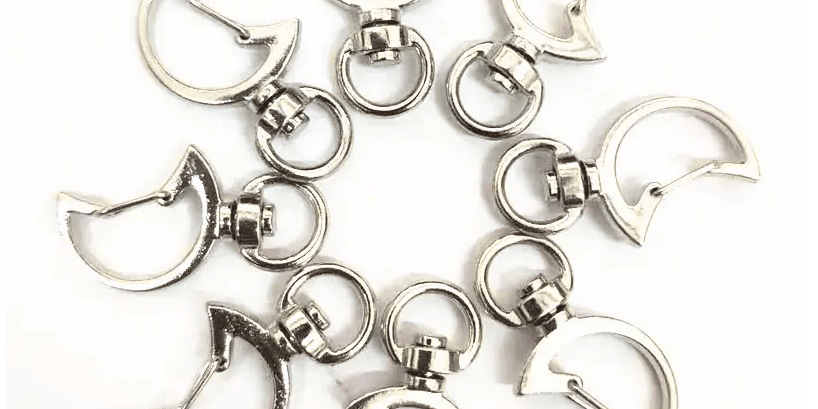 Serving millions of engineers in the manufacturing industry

According to its deformation properties, the stamping process can be divided into two categories: material separation and forming.

The separation process refers to the stamping process in which the blank is broken and separated after the stress of the deformed part reaches the tensile strength under the action of the stamping force, so as to obtain the workpiece of the required shape and size.

The forming process refers to the stamping process in which the stress of the deformed part of the blank reaches the yield point under the action of the punching force, but does not reach the tensile strength, so that the blank is plastically deformed without fracture and separation, thereby obtaining a workpiece of the required shape and size. .

According to their different deformation mechanisms, the separation process is divided into two categories: punching and repairing.

Punching: Refers to punching a sheet with a die along a certain curve or straight line (including the following categories)

There are many forming processes, including: bending, deep drawing, flanging, bulging and extrusion processes. (details as follows:)

1. Introduction to the shape and forming process of blanking products

Stress analysis: The material at the cutting edge is subjected to shear force, and the magnitude of the force is less than the elastic limit. If the force disappears, the material returns to its original state.

State description: The punch exerts pressure on the material, and the material slightly squeezes into the cutting edge of the die.

Stress analysis: the material is stressed from the side to the center, and gradually exceeds the elastic limit

State description: The punch goes deeper into the material, and at this stage, the blanking part produces a collapsed angle and a bright band

Status description: The material is separated, and when the upper and lower cracks overlap, they tear each other and produce burrs

Function 1. Used as a general via hole (lower requirements); 2. Used as a self-tapping bottom hole (the product design requires a higher proportion of bright bands); 3. Used as a high-precision shaft hole (requires no burrs, less fractured belts) ) (by mechanical deburring or mold inversion)

Note: When designing the punching hole, due to the limitation of the strength of the punch, the size of the hole should not be too small (generally greater than 0.5T)

Function 1. Used as a buckle; 2. Used as a limit; 3. Saves the process, improves the utilization rate of materials, and combines the two processes of trimming and bending into one. (Disadvantage: The direction of the burr cannot be changed, it must be opposite to the direction of the punch)

Note: It is required that the distance between the cut part and the bending part is large enough to meet the strength of the punch.

Points for attention in structural design of tongue cutting and bending:

1) When designing the product, the joints of the straight lines or curves of the blanking parts should have appropriate rounded corners.

3) When designing the punching hole, due to the limitation of the strength of the punch, the size of the hole should not be too small (generally greater than 0.5T, try not to make the diameter of the hole smaller than 0.8T)

5) When the product design has special requirements for the punching section, the minimum acceptable value of each section must be marked.

6) When cutting, pay attention to designing the trimming angle on the product to facilitate demoulding, thereby reducing the wear of the punch.

Bending forming mechanism: The stress on the metal material is greater than the elastic limit (yield strength) but less than the fracture limit (tensile strength), causing the curvature of the sheet to change in the bending deformation zone, forming a bend.

Neutral layer: about 0.255T from the inner side of the material

1) The movement of the punch and the contact sheet (blank) produce a bending moment due to the different contact point forces of the convex and concave molds, and elastic deformation occurs under the action of the bending moment, resulting in bending.

3) As the punch continues to go down, both ends of the blank contact the slope of the punch and begin to bend.

5) In the correction stage, when the stroke is over, the sheet is corrected so that the rounded corners and straight edges fit the punch to form the desired shape.

3. Two types of problems that are prone to occur in bent products (rebound, cracking)

The reason for springback: the material is composed of many layers of fibers, and the stress of each layer of fibers is different, (the outermost layer has the largest tensile stress, the innermost layer has the largest compressive stress, the magnitude of the two forces Decrease toward the neutral layer), so after bending, not all the fiber layers are stressed greater than the elastic limit of the material, so the material in the elastic deformation stage has a recovery phenomenon

1) The stress and strain of the neutral layer are zero

3) The tensile stress of the neutral layer gradually increases outward

2) The strain of the material layer closer to the neutral layer is still in the elastic deformation region, and these material layers will spring back after the external force disappears (the bending punch leaves the workpiece)

Ways to avoid cracking: When bending, the R angle inside the corner is too small. (generally the R value is not less than 0.5T)

1) When designing the product, the bending R angle should be avoided to be too small, otherwise it will easily cause stress concentration.

Note: When designing the product, avoid bending the straight edge too small, otherwise it will easily cause outward fall, and it is difficult to control the verticality.

(4) Since the blank will more or less slip during bending, the process hole should be designed as much as possible during product design.

1. Classification and introduction of molding process

Forming mechanism: The stress on the metal material is greater than the elastic limit (yield strength) but less than the fracture limit (tensile strength), and the deformation mode desired by the designer is produced within the plastic deformation range.

There are three functions of extrusion convex hull:

(1) Used as a self-locating pin between two parts

(2) Used as a limit of the movement mechanism

(3) Used as a bump for projection welding

Principles: 1) It is necessary to ensure that there is sufficient material connection between the convex hull and the matrix, otherwise the convex hull is easy to fall off. 2) When used as projection welding, the bump diameter D>= 2t+0.7, and greater than 1.8mm.

The pumping hole has two functions:

a) Used as rivet connection parts (including punching riveting and turning riveting);

Hole punching and riveting: it acts as a fixed connection.

Pulling hole turning riveting: it acts as a rotating shaft.

b) Used as a connecting nut

Points for attention in hole design and punch size:

Principles: a) Sufficient material flow must be ensured (ie, pumping feasibility must be calculated).

b) When used as a turning riveting, the outer diameter of the extraction hole (dimension standard outer diameter) must be controlled.

d) When used as a nut, it must be ensured that the thickness of the thinned straight edge is greater than 1.3 times the thread pitch.

e) When it is used as a nut and has strength requirements, it must be ensured that the minimum height of the straight edge after drilling the hole is greater than 3 times the thread pitch.

Hole Hole: A stamping process in which the material is turned into a side flange along the circumference of the inner hole.

a) The plasticity of the material, the better the plasticity, the smaller the hole turning coefficient.

c) Hole processing method. (If the turning hole is higher, it is not easy to crack when the burr is located on the inside; when it is located on the outside, it is necessary to increase the guide surface process and then drill the hole.)

d) The form of the hole punch. (The spherical punch can reduce the turning coefficient and increase the degree of deformation.)

In theory, it is necessary to judge whether the pumping process is feasible according to the pumping coefficient (this method needs to determine too many factors, which is time-consuming and labor-intensive). In general, it can be judged according to the proportional relationship between pre-punching and material thickness. When the relative diameter D/t of the pre-punched hole is greater than 1, it is generally considered feasible.

Principle: The principle of constant volume before and after turning the hole.

Generally, the thickness of the material becomes thinner after turning the hole, and the thinning coefficient is between 0.45 and 0.9.

It is generally believed that when d>=T, drilling is feasible (empirical value, detailed judgment can refer to drilling coefficient)

Hole punching punch structure: a) When a parabolic punch is used, the turning quality is higher because of the excessive arc. (The structure is as follows)

Note: When the arc radius is different,

b) One-shot forming punch without pre-punching.

Note: The size of the piercing hole is consistent with the size of the pre-punched hole in the two formings (A=a, B=b). The one-time punching and turning structure is only suitable for the case where the turning burrs are on the outside.

Flanging is the process of turning the material into a sideways short side along the contour curve.

a) Concave flanging (elongated flanging): the deformation is similar to that of a hole.

b) The thinning rate ranges between 0.9 and 1 (the most severely deformed area is at the highest end face)

When the deformation rate K of the end surface is greater than the elongation rate of the raw material, cracking will occur

During product design, the values ​​of R, r, and h can be adjusted so that the deformation rate of the end face meets the design requirements without cracking.

b) Expanded dimensions of the convex flange

Steps: 1. Roll one-eighth of a circle, 2. Curve upwards obliquely at 80 degrees, 3. Push down to form a circle.

Steps: 1. Roll a quarter circle, 2. Use the slider to push sideways.

Steps: 1. Blanking; 2. Upward bending 90 degrees; 3. Pressing down 70 degrees (the size of the punch R is twice the thickness of the material minus 0.3) 4. Flattening

Steps: 1. Blanking; 2. Upward bending 90 degrees; 3. Pressing down 70 degrees (the size of the punch R is twice the thickness of the material minus 0.3) 4. Flattening